Lindsay Lohan Settles With 3 Men She Abducted in DUI 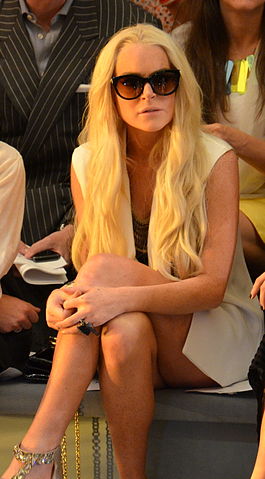 With all the stuff that actually happens to Lindsay Lohan I almost forgot about her second driving under the influence violation (DUI). Do you remember that one?

If not, the case has finally settled and he is a recap.

The three men claim an intoxicated Lindsay hijacked a car in which they were passengers following a party in Malibu. According to the suit, Lindsay then began an insane ride down the PCH "endangering all of their lives." This as reported in the NY Daily News.

The high-speed ride that resulted in her second DUI arrest in 2007.

Dante Nigro, Jakon Sutter and Ronnie Blake sued Lohan in 2008 claiming they were endangered when the actress commandeered a sport utility vehicle and chased a woman she believed was her personal assistant.

The three men claim Lohan ran numerous red lights, eventually ending up at the Santa Monica Police Department where she was arrested for DUI, her second DUI bust in less than 90 days. Cops said they also found cocaine.

Lohan pled guilty to being under the influence of cocaine and no contest to reckless driving and driving with a blood alcohol level of .08 or higher. She eventually served one day in jail.

Hopefully this will be the last time we hear about Lohan and drugs, alcohol, lawsuits or DUI Classes. She seems to be living a sober lifestyle for the past six months or so.