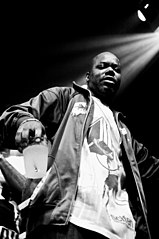 The best thing about rap is the name of the bands, or at least the names of the singers. One of my current favorite names is “Too Short.” I have no idea how his music is, but he has a great name. Oh yeah, he also has a driving under the influence violation.

This is not the first time the diminutive 46-year-old rapper has been involved in controversy. Just last year a video by Too Short was posted on XXLMag.com, a hip-hop. In the video, Too Short gives "Fatherly Advice" to late middle-school and high-school boys. Specifically, he offers "a couple of tricks" for "when you start feeling a certain way about the girls." As reported in www.nydailynews.com.

Now, during a DUI arrest in Hollywood, Too Short tried to sprint from officers and make his getaway. The "Blow the Whistle" rapper made it less than half a block before his arresting officers pinned him to the pavement. His manager claims Too Short was afraid he was “not getting a fair shake” and that is why he ran. Of course the incident happened during the “witching hours” – about 3a.m.

Kids – learn from Too Short’s experience – do not drink and drive and never run from the police.

How drunk was Too Short – just a nip over the legal limit – blowing a .09. The ta was just the beginning of Too Short’s troubles. He was later rebooked him for felony drug possession a few hours later after cops found narcotics that he a tried to ditch in the back of a squad car. Not surprisingly, his manager again has stepped up to his defense, denying the drugs belonged to the platinum-selling artist, who's collaborated with Tupac Shakur, The Notorious B.I.G. and Snoop Dogg.

The story his manager is spinning is becoming a real tall tale. After all his manager says, how could Too Short be drunk and possess narcotics when marijuana is his drug of choice?

At the very least it looks like Too Short really needs a comprehensive drug and alcohol class and can even take a good one online if privacy is an issue.