Do Celebrities Such as Nick Nolte and Hugh Grant Need Alcohol Classes? 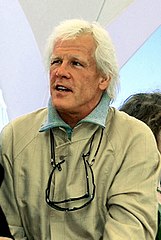 I wish I was a celebrity right now. If so, I would be the Robert Downey, Jr. as I have remained clean and sober after taking a good alcohol class. This is the 19th in a series of blogs exposing celebrities and the problems with alcohol.

Nick Nolte – One could blog all day on the addiction issues of one of America’s finest actors. The star of such blockbusters as Semi Tough and The Prince of Tides has had a number of alcohol-related incidents. The most notable of which was one of the worst mug shots in Hollywood history when he was arrested for DUI.

Hugh Grant – I hate to admit it but I am a huge fan of the British actor who starred in such blockbusters as Four Weddings and a Funeral and Knotting Hill. Nevertheless, despite his arrest while getting oral sex from Devine Brown, a prostitute in Los Angeles, California, and given the fact that he may have been high on drugs and alcohol, I still find myself rooting for this guy. Why, you ask? Because this was his one run-in with the law. In his mug shot he looks genuinely contrite.

I hope both Nolte and Grant took good alcohol classes that continue to make them productive members of both Hollywood and society.