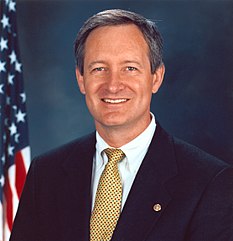 When a United States Senator gets arrested for driving under the influence of alcohol (DUI) it is noteworthy. When he is a member of the Mormon Church, it is even more note-worthy. When his last name is “Crapo” it becomes memorable.

Please do not take this the wrong way – I certainly do not condone drinking and driving and I have nothing against the Mormon Church. As reported in www.cbsnews.com.

On the positive side, it is nice to see an offender stand up and take responsibility for his actions. Sen. Mike Crapo, a Republican from Idaho, pleaded guilty to driving under the influence today in Virginia. He was sentenced to 180 days, all of them suspended.

In addition to his fines and court fees, Crapo also was ordered to take a DUI course.

Crapo, a Mormon who has said he does not drink alcohol, was arrested on December 23 in Alexandria, Va., a suburb of Washington, D.C. His blood alcohol was recorded at 0.14 after he was brought to jail, well above the national legal limit of 0.08.

Crapo admitted he was drinking vodka with tonic water, denying it had been straight vodka. He made a very poor decision - to take a drive to "try to wind down," eventually turned around to head home, and was pulled over by police on his way home. He also admitted to drinking at home on other occasions.

I am glad to see he will be taking an alcohol class. I am certain the alcohol class, combined with his faith will keep Crapo on the straight and narrow