Could Alcohol Class Have Saved These Celebrities From Bad Publicity? 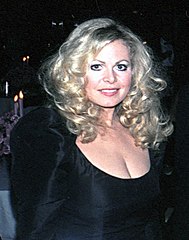 The decision to drink and drive is an easy one. Alcohol makes people do stupid things, including convincing the brain that the person is okay to drive.

The list of athletes, television stars and Hollywood personalities arrested for making the idiotic decision to drink and drive is long. Celebrities and professional athletes continue to drink and drive despite the fact that they have plenty of money to take a cab. Of course, the same could be said for the rest of us. A can ride is far cheaper than a driving under the influence (DUI) violation. As reported in www.tmz.com.

Following are the tales of one athlete and one celebrity.

Unless you are an avid fan of women’s golf or a regular reader of my blog this name is not familiar to you. The two things that stand out about her DUI arrest in Florida last March are: she is a very attractive 21-year-old, and her passenger in the car was ex-NFL great and Heisman Trophy winner Eddie George (who happened to be married at the time).

Connor is saying all the right things about how this has affected her and has taken an alcohol class and is working toward repairing her image, especially with her young fans.

For those of us older folks, we remember Struthers as “Gloria” on the CBS comedy “All in the Family.” The younger generation remembers her from her late-night television show asking for help for starving African children. The Comedy Central show “South Park” had a hilarious episode involving this very topic.

Anyway, back on topic – Struthers, 65, recently received some negative publicity when she was arrested in Maine for Operating Under the Influence.

Hopefully these two will continue to take alcohol awareness classes and not make the poor decision to drive after consuming alcohol.