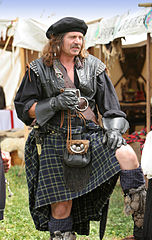 Most Americans have heard the term “drinking like an Irishmen.” Of course, the Irish are renowned for their capacity to drink booze. Heck, in the town of Dingle there is one pub for every 100 residents!

But its neighbor, Scotland, also has a reputation for heavy drinking. A recent report claims that alcohol causes for than $1500 in financial damage per person!

While the entire country appears to be suffering from severe alcohol-related drinking problems, the capital, Glasgow, is the worst. Alcohol-related harm in Glasgow cost £364.79 million in 2010-11.

The total includes the financial impact on the health service in the city, the cost of crime, providing social care and also the loss of productive capacity caused by drink.

When including other wider social costs the total almost doubles!

The research showed the overall cost of alcohol misuse across the country was £3.6 billion a year.

Before you smile and say that is their problem and that it isn’t so bad here in the USA, think again. Alcohol-related issues cost local and federal municipalities billions of dollars per year.

So what is the answer? On both sides of the Atlantic we need more alcohol education classes and greater control over the sale and consumption of booze. Most importantly are alcohol classes directed at youth to keep them from ever beginning the bad habit.