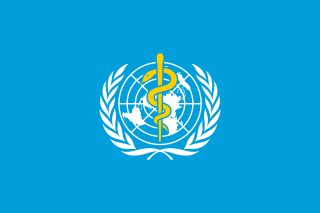 It is about time that the World Health Organization (WHO) finally has turned its attention to the problems of alcohol use and abuse. It will use its vast reach to help curb a disease that claims millions annually.

Men are particularly at risk for alcohol disease. It is the leading risk factor for death in males ages 15–59, mainly due to injuries, violence and cardiovascular diseases. Globally, 6.2% of all male deaths are attributable to alcohol, compared to 1.1% of female deaths. Men also have far greater rates of total burden attributed to alcohol than women – 7.4% for men compared to 1.4% for women. Men outnumber women four to one in weekly episodes of heavy drinking – most probably the reason for their higher death and disability rates.

For whatever reason, men also have much lower rates of abstinence compared to women. It has been proven that lower socioeconomic status and educational levels result in a greater risk of alcohol-related death, disease and injury. This holds especially true for men.

It is interesting to note that high income and high consumption always translate into high alcohol-related problems and high-risk drinking. Western European countries have some of the highest consumption rates but their net alcohol-attributable mortality rates are relatively low, though their alcohol-related disease burden may be high.

Many eastern European countries have the highest consumption, risky patterns of drinking and, accordingly, high levels of alcohol-related deaths and disabilities. Here is an astounding statistic - in the Commonwealth of Independent States (CIS) every fifth death is due to harmful drinking

Other locations where the rates of disease and disability attributable to alcohol are also quite high include Mexico and in most South American countries.

Alcohol is a serious global problem. As a planet we need to encourage more alcohol education with 12 hour alcohol classes and counseling to get the Earth sober.