Two DUIs in 3 Days, You May Need an Alcohol Awareness Class 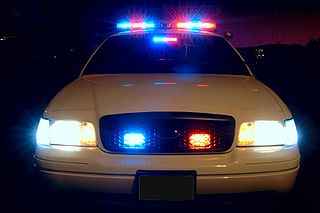 How often do you read stories about people driving under the influence (DUI). Perhaps I am more sensitive to these stories because I work as an educational director for an online DUI school, but it seems like a day does not go by where I read more than 10 stories about DUI activity.

Elliot Gamble of Fort Myers, Florida was arrested on his second DUI charge in three days after he drunkenly ramming a patrol car. As reported in www.news-press.com.

Gamble’s Honda CRV first hit the patrol and then, after the officer exited the vehicle, the CRV hit her too.

The 29-year-old Gamble told the officer he struck her patrol car intentionally because he wanted to kill himself, and he had been drinking.

In his vehicle officers found nearly-empty bottles of gin and, along with an open can of Natural Ice beer. Gamble was placed under arrest on charges of assault on an officer, DUI and criminal mischief.

Gamble warned officers that he would piss himself if he was placed in the squad car. Still they threw him in back and watched helplessly as he urinated all over the back seat. Apparently, the deputy told him that he was disgusting.

Gamble had a blood alcohol content of .237 and .243 in two separate breath tests.

He also was arrested in Lee County on a DUI charge on Saturday, and another DUI charge in 2009.

Gamble has a serious problem with alcohol. I hope he takes a 30 hour online alcohol class and dedicates himself to sobriety.