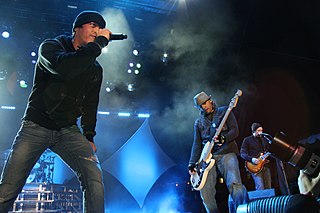 Harrell is the bassist for the Mississippi band 3 Doors Down and now the band is canceling their four scheduled appearances in the US this spring, after bassist Todd Harrell was arrested back in April. As reported in www.wlox.com.

The 41-year-old Harrell was charged with vehicular homicide by intoxication. The coast native was arrested in Tennessee. He was driving a 2011 Cadillac CTS at a high rate of speed when he clipped a 2003 Ford F-150 pickup truck. That truck was driven by 47-year-old Paul Howard Shoulders, Jr.

Unfortunately, Shoulders was not wearing a seatbelt. He was ejected from the truck and died shortly after the incident. The band said the decision to cancel its next four appearances was out of respect to Paul Howard Shoulders, Jr. and his family.

This is the worst-case scenario of drinking and driving. This fatality never had to happen. Alcohol classes enforce the notion of making the smart decision not to take the risk that a worst-case scenario might happen and someone could lose their life.