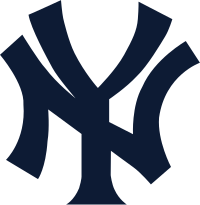 The New York Yankees must be feeling a little snake-bitten lately. Sports fans aware of the Yankees franchise, with its success and seemingly boundless checkbook, they scoff at the notion. But this is a clean organization (the only one in professional sports in the USA that requires athletes not to have facial hair). Yet for the second year in a row one of its best prospects was arrested for DUI.

Let’s not even begin to talk about Alex Rodriguez and his issues with performance enhancing drugs.

The team’s No. 2 prospect Mason Williams was arrested for DUI back in April, shortly after the team broke from Spring Training in Tampa, Florida

When I read things like this and I just shake my head. Why would anybody want to drive under the influence? Especially when you are in the Yankees’ farm system? It is a poor use of judgment.

Williams’ breath tests were under the legal limit of .08, but the cause of his arrest was failed sobriety tests (this from a professional athlete). The Tampa Yankees played a home game on Wednesday night. Maybe Williams was disappointed with the loss and decided to take his anger out on alcohol. Either way, he had a little too much to drink and now he has to suffer the consequences.

If anything, Williams will be suspended for a number of games. It’s always disappointing to read about young players getting arrested. Williams, one of the best players in the Yankees’ system, had a bright future ahead of him.

The last thing that the Yankees need is their young players getting arrested. These guys are the future of the franchise and if the young guys are getting pulled over for DUI, it makes the whole team look bad. For all I know, Williams could be a good kid who just made a bad mistake. Regardless, I hope that he learns his lesson and thinks twice the next time he wants to go out drinking.

Reading about a baseball player getting arrested for a DUI is always disappointing. What makes the story worse is that the player is the No. 2 2 prospect in the system. I am curious to see what kind of action will be taken against Williams and if it will be done by the Major League Yankees or the Single-A Yankees.