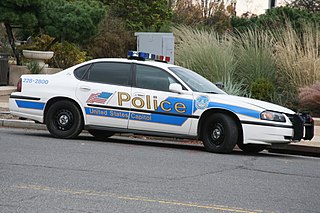 Police officers are human beings too. As such, they are able to err just like the rest of us. Sometimes, their errors can be especially damning. This is one such incident. Making matters worse, is some of his fellow officers were complicit in trying to help him from being caught.

An Arkansas cop drove while drunk and crashed his patrol car, and three fellow officers helped him cover it up. As reported in www.thedailysheeple.com.

Daniel Walker, a Washington County deputy, wrecked his patrol car back in September after drinking at a fellow officer’s house.

Walker sent a text message to the officer hosting the party, urging him to say Walker had been at his house but had not consumed alcohol.

The incident happened at 4:55 a.m. when Walker’s Chevrolet Tahoe patrol vehicle had run off the road and into a fence. Walker contacted an on-duty deputy and said he fell asleep at the wheel.

The cover-up began quickly as Sheriff Tim Helder said that the two officers who investigated the crash knew Walker had been drinking, but never came forward.

The first red flag was the dashcam video that was manually turned off when the investigating officers arrived. Then, Walker was not tested for alcohol in his system until 10 hours after the accident happened, after a county human resources officer said the test needed to be done. The alcohol test showed Walker’s alcohol content to be 0.005 percent, which is a trace amount. After the test, Walker admitted to Hoyt he had been drinking prior to the accident.

All deputies involved in the cover-up and Walker have resigned from the force.

What do you think about this case? Does it make you distrust police? Walker should minimally take a DUI/Alcohol course and perhaps he will consider devoting his life to sobriety and helping others.