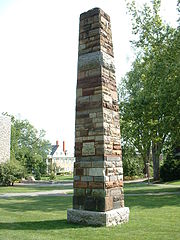 This is yet another blog entry about a high-level athlete busted by using alcohol.

Penn State wrestler Ed Ruth has been charged with DUI stemming from a late-night incident last month in downtown State College. As if Penn State needs any more bad publicity (of course they are still reeling from the child molestation charges against former football coach Jerry Sandusky).

The 23-year-old Ruth, an All-American wrestler, had a blood-alcohol content of 0.281 percent — more than three times the legal limit of 0.08 percent — when he crashed his car trying to park.

Ruth was trying to park in front of Taco Bell around 2 a.m. when his vehicle struck a tree and ended up on the curb.

The two-time NCAA champion was swaying and staggering as he walked, and slurred and mumbled his speech.

Wisely, the Penn State wrestling program suspended Ruth on Nov. 19. I hope they require an online alcohol awareness class so he understands how to abstain from alcohol in the future.