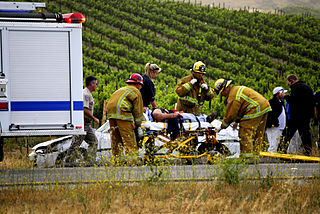 One of the ways many functional alcoholics receive their first driving under the influence violation (DUI) is from getting stopped at a DUI checkpoint. Milwaukee, the home of beer, has had a long history with DUI and have been studying the issue. As a result, they have very effective checkpoints.

During one Saturday night they arrested seven drivers. The average BAC of these offenders was .13. As reported in fox6now.com.

Sometimes drunken drivers have to call the cops on themselves. Such is the case with 47-year-old Rodney L. Morgan. Both Morgan and his 42-year-old male passenger, were both transported to Froedtert Hospital after the vehicle they were in rolled over more than seven times.

Morgan had injuries to his eye socket and rib fractures. His passenger had lacerations.

Morgan, who has an extensive criminal history, was charged with domestic violence last year, but in August 2012, he pleaded guilty to a lesser charge of disorderly conduct and his sentence was stayed. He was ordered to maintain absolute sobriety and informed that any violations could result in new charges.

Morgan faces charges of misdemeanor DUI-4th Offense and DUI-Causing Injury in the freeway crash, with up to seven years in prison, if convicted.

I am not certain a complete alcohol awareness course is all that Morgan needs to address his obvious problem with alcohol. I do happen to think an alcohol class is a good place to start.