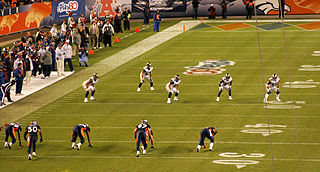 With three driving under the influence violations in the last six months it is obvious there is something going on up in Dove Valley (the headquarters of the Denver Broncos).

To be sure, the past few days have been tricky for the Broncos to navigate with both director of pro personnel Tom Heckert and director of player personnel Matt Russell arrested for DUI. As reported in www.nfl.com.

But when observers from other teams look at what Denver, and the league as a whole, went through as a result of the high-profile nature of the incidents, there is indeed something to be gained.

The Broncos have suspended Heckert for a month without pay, and Russell indefinitely, yet they still make excuses that the pressure of the job may be the culprit. The organization seems more bent on punishing its employees than solving the problem of alcohol abuse.

Both Russell and Heckert will go through an evaluation and get treatment as needed, as any player would, and the opportunities for education that players get are there. Most of the programs -- many clubs run a SafeRides-like program -- that are there for the guys who perform between the lines are there for those outside of them, too.

Should these two be held to a higher standard? The standard itself should be a matter of common sense, and not one that needs to be written in a memo.

Once again I ask Mr. Elway to implement mandatory online alcohol classes for all employees of the organization. We would be there to help.