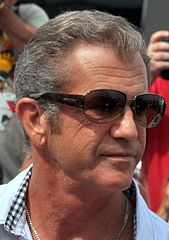 There was a time when Mel Gibson was one of my favorite actors. The reality was that all I knew about him was what I had seen in movies and on television. He seemed like a nice, likable guy. Unfortunately for Gibson we live in a society that idolizes celebrity and the paparazzi follow them everywhere.

Gibson made things easy by getting pulled over for driving under the influence in California. Really unfortunate for him was the camera in the arresting officer’s vehicle that recorded his drunken anti-Semitic tirade. He later was arrested for domestic battery after whacking his girlfriend who was holding their baby daughter.

Christina Aguilera – I am not sure I had ever heard that Aguilera was arrested for public intoxication. The incident occurred when she was nailed with her boyfriend Matthew Rutler. He was arrested for DUI. According to police, she was extremely intoxicated and spent the night in the drunk tank.

Two mega-stars who have had at least one alcohol-induced incident. Hopefully these tow will be able to stay clean and sober and be positive role models. Do you think an alcohol class would help these two?