In my month-long mission to expose celebrity DUI I am focusing on stars who have alcohol related incidents. I hope you enjoy this seventh installment. Following are real stores of celebrities modeling poor behavior for their adoring fans. 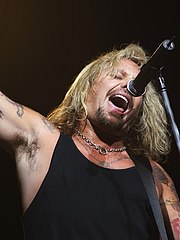 Jaime Pressley – Although she was not one of the Playboy Playmates Vince Neil was involved with, Presley suffered the same fate as the Motley Crue band member – she was arrested for DUI. Her mug shot is a classic of a beautiful woman looking really bad.

Lisa Robyn Kelly – As the hot older sister on Fox’s That 70s Show, Kelly showed she has the ability to make it in Hollywood. However, her arrest for DUI in North Carolina shows that she needs to stay away from booze. Her mug shot makes her look like a totally drugged out whack job.

Three more shining examples of celebrities who should not be used as role models. Hopefully, with alcohol classes and rehab these stars may stay sober in the future.