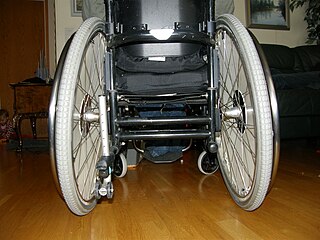 In one of the craziest driving under the influence (DUI) stories of all-time, a man was arrested for DUI while driving a motorized wheel chair. I have heard about DUIs on riding lawn mowers and even tractors, but never a wheel chair.

This was more than just a DUI offense as the driver of the wheelchair had stolen the vehicle only moments before – so add theft to the list of charges facing Richard Kulma. This as reported in gizmodo.com.

If you steal someone's motorized wheelchair to go for a joyride, you're sick—or maybe just completely drunk like this guy. But the theft occurred after Kulma got into an argument with the wheelchair owner in the parking lot of the senior living facility they both reside at.

How drunk was Richard Kulma when he was busted? Three times the legal limit drunk. So too blacked out to walk let alone operate so much as a can opener.

Police busted Raymond Kulma drunkenly driving another man's wheelchair down the streets of Utica, Florida. Kulma got into an argument with James Konkel at a nearby retirement home when Kulma took off behind the wheel of Konkel's motorized wheelchair.

Kulma failed three sobriety tests and was arrested. Were the cops just toying with him?

Even worse, Kulma has a long history of problems with alcohol. His license has been suspended four times and revoked twice. He hasn't even had a valid license since 1993.

This guy needs to be a permanent pedestrian. This was his 7th DUI-related offense. He is going to kill someone if he doesn’t get to an alcohol DUI class and stay sober.