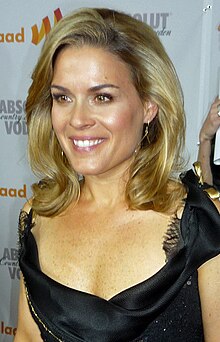 Too much drink and not enough food was only part of the problem for celebrity food chef Cat Cora. She is quitter a goof chef and an attractive young lady. She is also quite charming – so much so that she convinced the police to let her come back to take her mug shot.

In her police mug shot Cat looks camera-ready in the photo recently released by the Santa Barbara Police Department, and it’s no surprise considering the photo was taken 11 days after she was stopped by police.

The 45-year-old Cora was cited for driving under the influence after a minor traffic accident in her hometown of Santa Barbara on June 17.

Her guilt can hardly be questioned. She provided two breath samples on the scene that measured 0.20 and 0.19, more than twice the legal limit of .08. She also provided a blood sample that registered 0.19.

With her hair done and a composed look in her mug shot, one of the stars of the Food Network’s "Iron Chef America" and the co-host of Bravo’s "Around the World in 80 Plates" looks much better than the average person following an arrest.

The reason she got to do her mug shot after-the-fact – instead of being taken to jail on the night of her arrest she was taken to the Sobering House The Sobering House is a place where cooperative, non-violent people who have been arrested for DUI are taken to sober up before being released.

The accident happened while returning from the Cold Spring Tavern in Santa Barbara after having an argument with her partner; she rear-ended another vehicle in her 2007 Chevy Tahoe.

The driver of the other vehicle, a 2001 BMW 325i, told officers who came to the scene that she believed Cora was intoxicated. Cora admitted to having consumed three bottles of beer.

Sounds like Cat is lying. An expert in gastronomics should know that three beers cannot equate to a 0.19 BAC. I hope she takes a California DUI class and does not drive after drinking.