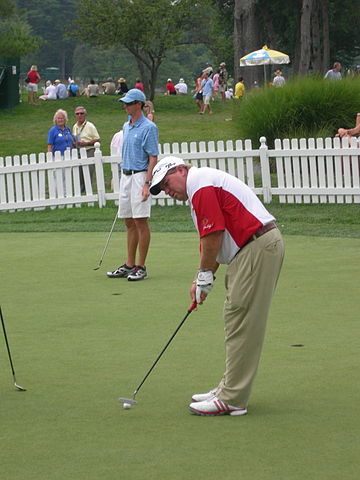 One of my favorite golfers on the PGA Tour is John Daly.  This is man that has incredible God-given talent for striking a golf ball.  Few can blast it farther than Daly.

He is also very human.  He reminds me of an “Average Joe” trying to fulfill his destiny.  Known as “Long John” for his mammoth drives, Daly has not made success easy on himself.

As an athlete, especially one walking so much, it certainly does not help that he smokes two or three packs of cigarettes per day.  Throw in an addiction to caffeine with almost a case of Diet Coke every day and it is a wonder that he can lug around the golf course day in and day out.

Daly is getting ready to play in the US Open in San Francisco later this week.  He is coming off a strong performance at the FedEx St. Jude Classic shooting a day-best round of 64.

In addition to being known for his long drives his drinking binges and tirades, Daly has won two major championships.  It has been 17 years since he last hoisted a championship trophy.  He won the British Open in 1995 (and the 1991 PGA Championship).

He admits he plays better golf when he is not drinking alcohol, yet still battles his addictions every day.  I am not certain he is still sober, but I remain seated in his corner.