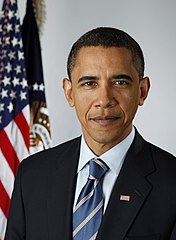 Do presidential drinking habits make a difference in how you are going to vote? As ridiculous as this sounds, for many it is a major part of how people will vote. This has never been more true than this year.

Whether you are a drinker or not, who do you associate with better – Barack Obama or Mitt Romney? Romney of course is a Mormon and never drinks. Obama certainly has portrayed himself as a “regular guy” who enjoys a beer now and again. In fact he was at a state fair in Iowa buying beers for fellow fairgoers. He also is a home brewer (I wonder if he brews in the White House) who has shared a couple of his personal recipes.

Alcohol should play no role in a presidential election, yet for many, just the fact that Obama enjoys a good beer is a comforting sort of bond.

This is not the first time alcohol, or lack thereof, has become a bone of contention.

It’s hardly a new tactic among politicians. Edward M. Kennedy complained about the lack of alcohol in Jimmy Carter’s White House as he prepared to challenge the president in the 1980 primaries. And it has become a pollsters’ truism in recent years that voters choose the candidate they’d rather have a beer with. That certainly was the case with Bill Clinton, who came off as a “good ole’ boy” who really liked to toss a few back. In fact, Clinton got so drunk at a party at pro golfer Greg Norman’s house in Florida that he fell down the stairs and blew out his knew – while he was in office!

George W. Bush, a recovering drug addict and alcoholic was sober, however he made sure he was occasionally photographed holding a nonalcoholic O’Doul’s beer.

We bond and trust those who are like us. I am not saying that all those who drink will be voting for Obama. However, I would bet that as a percentage abstainers are more like to vote for Romney than drinkers are to cast their ballot for Obama. Just for pondering, what percent of the Mormon vote do you think Obama will get?