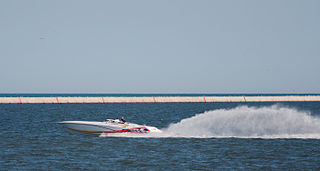 How many times have you been out enjoying a day on the water when the captain was tipping back a few cold ones? I can tell you on the lakes, rivers and oceans when I was a kid there were a lot of folks drinking and piloting a boat.

Unfortunately, that still is the case today. This time, like many others, the result is tragic. As reported in www.9news.com.

A bride and her fiancé’s best man are dead after a boating accident in New York back in July, just two weeks before their wedding day.

Two bodies, believed to be the bride-to-be, Lindsey Stewart, and the best man, Brian Bond, were recovered in the Hudson River.

Stewart and Bond were two passengers on a power boat when it slammed into a construction barge near the Tappan Zee Bridge. Both were thrown from the boat.

The driver of the boat, Jojo John, was arrested and charged with first-degree vehicular manslaughter and three counts of second-degree vehicular assault. John was intoxicated at the time of the accident.

John may spend many years behind bars. His life, and those who love and care about him, will never be the same. The lives of his victims and those who care about them are destroyed and broken.