Celebrities Such as Richie Sambora Need Alcohol Classes Too 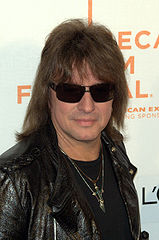 If you looked hard enough I would bet you could find a story involving a celebrity and an alcohol or drug-related incident every week. This is another in a series of blog entries exposing celebrity alcohol abuse.

Josh Brolin – Was it only four years ago that this son of Hollywood heavyweight James Brolin was arrested for drunk and disorderly? He is one celebrity that appears to have overcome this indiscretion and resumed a successful career. He almost one the Academy Award for Best Actor for his performance in True Grit. His arrest came outside a Louisiana bar where he was somehow involved in a bar fight.

Richie Sambora – Like his ex-wife Heather Locklear, Sambora too was nailed for DUI while driving in Southern California. The Bon Jovi guitarist was pulled over in his black Hummer.