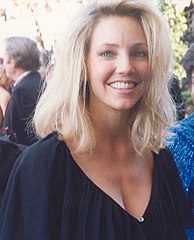 As a counselor for both in-class and online alcohol classes I often discuss the nature of celebrities as role models with my students. Do acts like drinking and driving have a positive or negative impact on people? More pointedly, would your favorite celebrity getting arrested for Dui make you think it is OK to drink and drive?

This is another in a continuing series of blogs highlighting celebrities involved in alcohol-related incidents.

Heather Locklear – One of my favorite stars of the 1980s and one I admit to having had a major crush on, Locklear suffered a very bad mug shot when she was arrested for DUI. Witnesses report seeing her stumble out of her car and right into traffic. Fortunately, Ms. Locklear has not been in trouble since.

Chloe Kardashian – While ZI never had a crush on Chloe, I could tell early on she was a party girl. The jury is still out on if she will maintain sobriety in the long run. In 2007 she failed to take her required alcohol classes after a DUI and wound up in jail for many hours. Perhaps the alcohol class she finally took helped because she seems to have turned her life around.

These are two cases of DUI that have not been repeated nor have there been reports of further substance abuse. It looks like the alcohol classes had the desired effect!