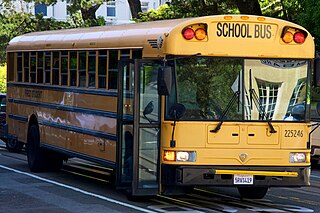 How terrifying is it to think that the person driving your children to school may be intoxicated? If this sounds like a horror movie, you may want to leave the room now.

A substitute driver in Kokomo, Indiana was sentenced this week to probation and community service for operating his school bus while intoxicated last November.

The 42-year-old Tucker was sentenced to time served — which was four days — in addition to one year unsupervised probation, a 90-day license suspension and 200 hours of community service.

Tucker was at Gett’s Tacos in Kokomo shortly before 3 p.m. Nov. 19 when someone saw him pouring what appeared to be a can of beer into a cup. When Tucker saw that he’d been spotted, he turned around and tossed the can to the ground. Then he ran over the can with his bus. Thank goodness for good, concerned citizens.

The witness reported the incident to the district’s transportation director. When Tucker arrived, the director tested Tucker who smelled like alcohol and agreed to take a portable breath test. He had a blood alcohol content of .105.