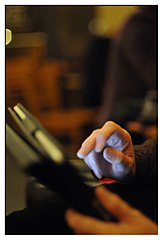 As a counselor for both in-class and online alcohol classes I often discuss the Internet as an effective means of instruction with my students. What do you think? Can the Internet teach? My neighbor is an 84-year-old judge who refuses to retire and he insists you can’t “learn a darn thing on a computer.”

Recent studies seem to prove my friend the judge wrong. As reported in usnews.nbcnews.com.

A series of independent research studies has confirmed the effectiveness of online education about alcohol awareness in the United States. In the largest, the researchers found a short-term reduction in harmful behaviors related to drinking among college freshmen at 15 colleges who took an online course. Similar studies at the University of West Florida and Villanova and Roger Williams found similar results.

The NIH-funded study of online alcohol-awareness classes found that they were most effective when more freshmen took the class at the same time, suggesting that peer pressure plays a role — though the results had dissipated by the spring semester, meaning more follow-up was needed.

If you or someone you care about suffers from a problem with alcohol I urge you to seek help immediately. If you prefer to maintain total anonymity an online alcohol class is a good place to start.