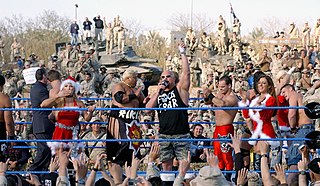 Would it surprise you to hear that a guitar player for a heavy metal band and female wrestling star got arrested for driving under the influence (DUI)? It sure does not surprise me. As a counselor for both in-class and online alcohol classes I can assure you that I have had at least one of each as students.

While not the greatest fan of professional wrestling, I nonetheless was interested to read about the DUI received by WWE superstar Cameron (real name Ariane Nicole Andrew ) -- a member of the Funkadactyls. Why is her case especially interesting? It wasn’t because she was innocent. Heck, she blew a .20 when pulled over in Florida at 2:23 AM. Perhaps this is a wake-up call. With a good alcohol class and will power I would hope she can stay away from booze permanently. As reported in www.tmz.com.

The 64-year-old Bain got into a minor accident. Responding officers felt Bain was under the influence of drugs, not alcohol.

The bassist failed a field sobriety test and then the cops found Codeine in his possession. The pills were not prescribed to him, so he was arrested and booked for both misdemeanor DUI as well as felony possession of prescription melds.

I hope Bain is mandated to counseling along with a series of alcohol DUI classes and drug classes.