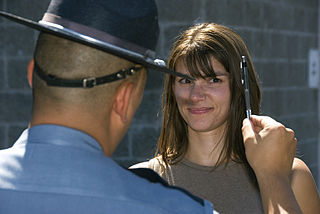 The desire to reduce the number of driving under the influence occurrences has been debated for more than 50 years. So far, there has not been one legitimate action that has significantly reduced DUI infractions with the exception of alcohol awareness classes. Once again, the notion that tougher punishment will keep people from driving under the influence of alcohol or other drugs. What do you think?

Do you think the laws should be tougher if a person is a repeat offender? I sure do. As reported in www.insurancejournal.com.

In Seattle, a man who lost his parents and whose wife and infant son were seriously injured last March by a drunken driver is pushing the state to pass a measure that would make it a felony charge to drive under the influence when the driver has three prior offenses within 10 years.

Under current law, a DUI is a felony only if there are four or more prior offenses within 10 years. In the past lawmakers considered this but decided it would be too expensive. Given that a person have driven intoxicated more than 100 times for each time h is actually caught, this law seems like a no-brainer.

Why would it be more expensive? State officials claim that lowering the felony threshold to the third conviction would cost about $200 million for construction of a new prison to confine the number of drunken drivers.

It appears to me that Washington has a serious problem with alcoholism and DUI. I think they should implement mandatory alcohol awareness classes as part of the driver education program and people should lose their license much more quickly.