Tragedies Could Be Avoided by DUI Classes 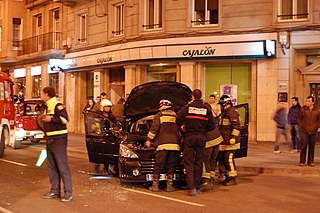 Believe me when I say I have no problem with drinking alcohol responsibly. This includes the occasional bender where you actually get intoxicated. I never approve of having even one drink and getting behind the wheel of an automobile. Alcohol impairs, even in the form of one drink. As reported in www.chicagotribune.com.

On our roadways anything can happen. Cars are lethal weapons waiting to be fired. DUI can and will change and possibly ruin the life of those involved.

Take the case of Marquis Adkins who had only been driving a few short months when he was arrested for DUI. The 16-year-old had a blood-alcohol concentration of 0.186, more than twice the legal limit. He was sentenced to 25 years behind bars. By the time he gets out he will be a middle-aged man.

His victim was not so lucky. Marciea Adkins will never recover from the accident caused by Adkins’ DUI behavior. The 42-year-old mother was killed in the accident.

Not only was this moron drunk, but was fleeing in a stolen SUV. Even after the accident he tried to continue to flee.

Alcohol and DUI ruined many lives in this incident. These incidents happen every hour of every day.