Take an Internet DUI Awareness Class Before Piloting a Boat 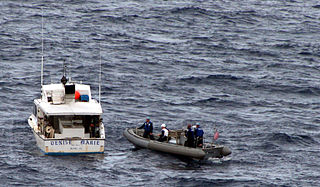 Drinking and operating any motor vehicle is extremely dangerous. This definitely includes watercraft. I have been a strong proponent of mandating an alcohol class for anyone wishing to receive a license to pilot a boat. An alcohol class should be mandatory for all motor vehicles.

Alcohol use has been the top contributing factor in fatal boating accidents for the past 15 years, according to the U.S. Coast Guard. Since 2003, on average, 124 people have died each year in the U.S. in accidents where alcohol was to blame. As reported in news.yahoo.com.

A strategic plan by the Coast Guard, overseer of the congressional mandated National Recreational Boating Safety Program, calls for a 5% overall reduction in the number of alcohol-related deaths by 2016.

Part of the Coast Guard’s plan has been to give state and local agencies better tools to combat boating under the influence. Marine officers in 38 states are now using a Coast Guard-funded seated sobriety test. The battery of evaluations includes suspects touching their fingers to their noses and following palm pat instructions among other things while seated in their boats.

Field sobriety tests are much different out on the water. When you’re out on a boat, it’s pretty hard to have somebody walk the white line.

There is no doubt that mandating a DUI awareness class before receiving a pilot’s license is a no-brainer. What do you think?