Should All Public Officials Enroll in Online DUI Class? 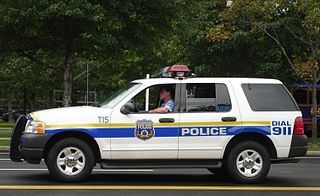 I have asked this question before, but I feel it needs to be raised once again: should public officials be held to higher standards than ordinary citizens when it comes to driving under the influence?

Democrat Tim Rayburn, both Vice Mayor and Alderman of Black Mountain, was driving a fire department SUV at the time of the arrest. He registered a blood alcohol level of 0.30 when tested by authorities.

An officer with the N.C. Highway Patrol arrested Rayburn at the Candler fire station after a motorist called before noon to report the fire department’s SUV being driven erratically. The motorist followed the SUV to the fire station. Rayburn denies that his resignation has anything to do with the arrest.

Despite this indiscretion, Rayburn said that he will be keeping his name on the ballot for his re-election this coming November despite his resignation.

He was suspended with pay from his position as chief of the Enka Candler Fire and Rescue Department.

Perhaps he needs more than just losing his job. He needs a 30 hour internet based alcohol class and counseling for what very well may be a serious alcohol problem. I certainly hope he does not win re-election.