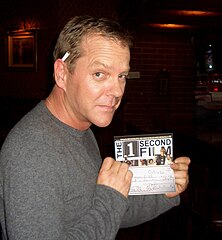 Celebrities getting busted for drugs and alcohol is a common occurrence. Some actors with immense talent continue to get arrested again and again. Some, like Robert Downey, Jr., who almost die from their addiction, are actually able to overcome their substance abuse issues and resume a normal life. This is the 16th in a series of blog entries intended to illuminate celebrity problems with alcohol.

Kiefer Sutherland – This major Holly wood star who was in movies like Flatliners and broke out in the hit Fox series 24 has had a number of alcohol-related incidents. Of his incidents the one that stands out is a 2007 DUI.

Mickey Rourke – Is it any surprise that this actor who starred in 91/2 Weeks opposite Kim Basinger and won an Academy Award for The Wrestler has had a number of both alcohol and drug-related incidents?

Shia LeBouf – This star of Transformers and Indiana Jones was arrested for DUI in Los Angeles. He crashed his car and suffered major injuries in the accident. He still maintains his scars from that accident. Long known as a partier, LeBouf has managed to stay out of the limelight for substance abuse behaviors the past few years.

These are three actors with immense talent all who seem always to be on the edge of personal catastrophe. I hope that alcohol classes and counseling have helped resurrect both their lives and careers.