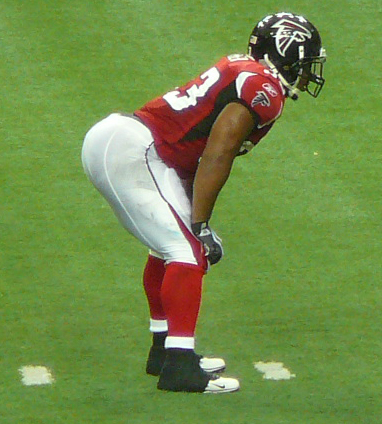 A week does not go by where I do not read about some National Football League player is arrested for doing something stupid. The primary offenses involve drugs or alcohol. The latest player to get busted is Atlanta Falcons running back Michael Turner.

The 30-year-old Turner had just scored his first touchdown of the season and was out celebrating his team’s Monday night victory over Peyton Manning’s Denver Broncos, 27-21. As reported in espn.go.com.

Turner was jailed on charges of drunken driving and speeding. A native of Suwanee, Ga., was booked into the Gwinnett County jail just after 5 a.m.

Police pulled over Turner's black Audi R8 after clocking the car's speed at 97 mph -- 32 mph over the speed limit. Who says alcohol makes you do stupid things?

Officers smelled alcohol in the vehicle and Turner failed a field sobriety test.

Turner scored the Falcons' first touchdown after jumping over a pileup of Atlanta and Denver linemen in the first quarter. It was Turner's franchise-record 51st touchdown for the Falcons, a team he joined in 2008 after four seasons with the San Diego Chargers. Last year, Turner rushed for 1,340 yards and 11 touchdowns.

Isn’t it ironic that Turner likes speed – his nickname is “The Burner?”

I hope Turner takes an alcohol class and decides to abstain from drinking alcohol in the future.