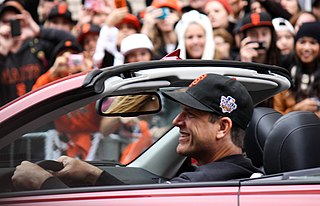 While this is not completely a follow-up blog on the driving under the influence (DUI) violation of San Francisco 49ers star defensive end Aldon Smith, it most certainly deals with his issue as well as the role of alcohol, Dui and alcohol classes in the National Football League.

As a youngster I always marveled at the talent of Jim Harbaugh on the football field. Perhaps it was because my roommate after college was Harbaugh’s back-up quarterback at the University of Michigan. Or perhaps it is because one of my best friends befriended the football coach during his tenure as head coach at the University of San Diego. Nevertheless, I have been such a fan of Jim’s both on and off the field. This is especially true since he received a DUI. As reported in nfl.si.com.

San Francisco 49ers head coach Jim Harbaugh has faced more heat than he would like about the way he’s handled linebacker/end Aldon Smith’s most recent DUI offense. Smith was arrested on Friday morning for driving under the influence. It was Smith’s second DUI in less than two years, and may face a suspension from the NFL.

Last November, backup defensive lineman DeMarcus Dobbs was arrested for suspicion of DUI and marijuana possession, and he didn’t travel with the team for a contest against the St. Louis Rams the next Sunday.

When Harbaugh interviewed for the Stanford head coach position in April, 2007, he had to explain his own vehicular incident.

Early one Sunday morning in October 2005, he ran a stop sign, was stopped, arrested and charged with suspicion of drunken driving. He later pleaded guilty to a misdemeanor and was sentenced to three year's probation and given a $1,300 fine. During an interview with Stanford in April, Harbaugh mentioned the DUI before being asked about it. “I’ve brought that up with my players a few times,” he said. “I think that’s made me a better counselor than I was before. The way I coached guys before that happened it was like, ‘Why can’t you get it?’ ‘Why can’t you get it right?’ ‘You did this wrong, now fix it! In many ways it made me a better person, a better coach, a better counselor.”

Harbaugh was San Diego’s head coach at the time (the college, not the Chargers), and in his own words stated, that DUI plea gave him a better sense of how to deal with these things.

Hopefully, Harbaugh will encourage his young star to take a level 1 alcohol class and dedicate himself to his craft. I have the utmost confidence in both. What do you think?