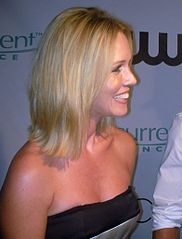 Celebrities’ issues with alcohol and drugs are well-documented. Amanda Bynes’ meltdowns have also been well-documented. From a driving under the influence (DUI) violation to stumbling out of bars, Bynes appears to be crying out for help.

Despite her cries, and the willingness of friends and family, she seems to be treading into deeper and deeper water and not accepting life preservers. One of those reaching out to her is fellow celebrity Jennie Garth (you might remember her from her stint in Beverly Hills, 90210) As reported in www.huffingtonpost.com.

Garth revealed that she has attempted to reach out to her former "What I Like About You" co-star in the wake of the young actress's meltdown, but to no avail. It appears Bynes won’t return calls, texts or emails.

Garth and Bynes co-starred on the WB series "What I Like About You" from 2002 to 2006. Garth played Val Tyler, the older sister of Bynes' Holly Tyler.

The troubled 26-year-old actress has reportedly ostracized not only Garth, but also many other people who were once close to her, including her parents.

It is not uncommon for celebrities to reach out to one another when they are going through a difficult period like substance abuse issues.

Rapper Eminem contacted Elton John when he was struggling with substance abuse. Other celebrities who have reached out to one another include: Mel Gibson allegedly helped Britney Spears after her breakdown. Lindsay Lohan admitted that Tina Fey and Lorne Michaels helped her overcome an eating disorder while on the set of "Mean Girls."

Hopefully someone will be able to get through to her before she becomes another Hollywood tragedy. An alcohol class, perhaps a drug class, and maybe even an intervention might be in order.