Amish Do Not Need Alcohol Awareness Class, But "Breaking Amish" Do 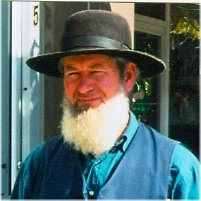 When will our nation’s obsession with reality television end? From one ridiculous show to the next, people who have no right being on television get their 15 minutes and pollute society with their garbage.

For a sampling of this trash continue to read. Why do we this fascination with the abominations? As reported in www.examiner.com.

In terms of why this show merits an entry on a blog for alcohol awareness classes, a recent episode of the show “Breaking Amish”, one “character” accidentally opened a manila envelope intended for another “character”, who happens to be the Bishop’s daughter. The envelope contained a photo and arrest record of her DUI in Florida.

Of course a bunch of drama and hooey ensues as they confront her about her DUI and she claims it was a huge mistake.

Alcohol is one of many dramatic themes the show brings up. The character who had the DUI violation also wants to be a model which of course causes a slew of other issues between herself and the other cast members.

“Breaking Amish”, a TLC reality show, has been the subject of controversy in recent weeks. Although the show claims to follow the lives of five young men and women as they leave their small communities behind for the first time, allegations that “Breaking Amish” is fake have surged.

Here is one thing I promise my loyal readers – alcohol, drug or shoplifting aside – I will never blog about this abomination of a show again.