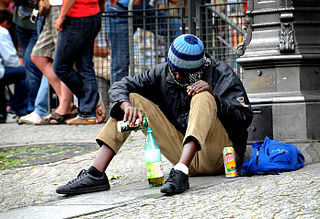 What the heck are they thinking? Why would employers pay their employees with alcohol – especially if they suffer from chronic alcoholism. Could this only happen in the European city of Amsterdam?

As an alcohol awareness class counselor, I scour the news for stories about how alcoholism is treated around the world. This is one of the most ridiculous things I may ever have read. As reported in www.nytimes.com.

One chronic alcoholic describes his workday as beginning unfailingly at 9 a.m. — with two cans of beer, a down payment on a salary paid mostly in alcohol. He gets two more cans at lunch and then another can or, if all goes smoothly, two to round off a productive day.

This is not the employer enabling his addiction, but the government. He is the grateful beneficiary of an unusual government-funded program to lure alcoholics off the streets by paying them in beer to pick up trash.

In addition to beer — the brand varies depending on which brewery offers the best price — each member of the cleaning team gets half a packet of rolling tobacco, free lunch and 10 euros a day, or about $13.55.

Does this sound like a good idea to you? I guess if you had a family member who was on the street you would prefer to see them having some form of employment. I look forward to hearing what you think.