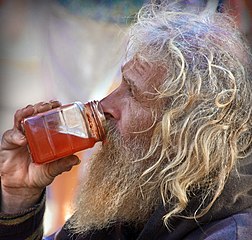 Do you think paying alcoholics in beer and cigarettes is a good idea? What is your initial impression when I mention the European city of Amsterdam? Would it surprise you to know that the government there actually funds such a program?

It is true! The program pays chronic alcoholics and drug addicts a six-pack of beer, a pack of cigarettes and about $14 per day to pick up trash. As reported in www.nytimes.com.

While the mayor of the city applauds the program, conservative members of the Amsterdam City Council have derided what they call the “beer project” as a waste of government money and a misguided extension of a culture of tolerance that has already made the city a mecca for marijuana users and spawned Europe’s best-known red-light district.

The idea of providing alcoholics with beer in return for work was first tried in Canada. It took off in the Netherlands in part because the country has traditionally shunned “zero tolerance” in response to addiction. Amsterdam now has three districts running beer-for-work street cleaning programs, and a fourth discussing whether to follow suit.

The basic idea is to extend to alcoholics an approach first developed to help heroin addicts, who have for years been provided with free methadone, a less dangerous substitute, in a controlled environment that provides access to health workers and counselors.

To shield the government from criticism that it is subsidizing drinking, the Rainbow Foundation insists that it pays for the beer out of its own funds.

Is this a crazy idea or do you think it has merit? Would the government be better off sponsoring a series of alcohol awareness classes and counseling for these alcoholics?