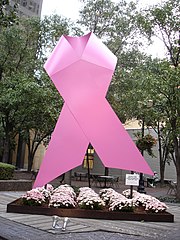 I know that headline sounds hokey, but believe it or not, it is true.

Yet another report is offering a strong reminder that alcohol is a known cancer-causer, and advising those who drink to take in no more than one to two drinks a day. As reported in www.ctvnews.ca.

Cancer Care Ontario released new recommendations back in April on how best to manage the risks of alcohol.

Their report found that, despite the wealth of studies noting the health risks of alcohol, only a third of Canadians are even aware they can lower their risk of cancer by reducing their alcohol intake.

The International Agency for Research on Cancer considers alcohol a Class 1 carcinogen. Do you realize what that means. That puts alcohol in the same class with asbestos, smoking, ultraviolet radiation, and diesel exhaust.

From my experience as a counselor with both in-class and online alcohol classes it seems that most people are unaware of how clearly alcohol has been linked to cancers of the mouth and throat, such as esophageal and pharyngeal cancers, as well as liver, colorectal, and breast cancers.

Even small amounts of alcohol have been shown to increase the risk of some cancers. The relative risk of oral and pharyngeal cancers, for example, is increased by 21 per cent for those consuming one drink or less per day, compared to non-drinkers. The risk also increases with the amount consumed.

Heavy alcohol drinkers -- meaning those who have more than four drinks per day -- are at a substantially increased risk of cancer.

Increased attendance at alcohol classes can help educate people on the true dangers of the drug (yes – it is a drug). But education can only take one so far. At some point the mind has to understand the dangers and not take the unnecessary risk. You wouldn’t ingest a teaspoon of asbestos would you?