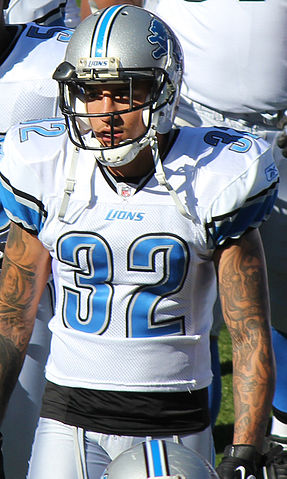 It stinks when drugs and alcohol ruin a person’s life. You would hope to be able to overcome those problems in your early 20s, but the career of a National Football League player is very short. Aaron Berry most-likely has drank away his NFL career.

Two arrests this off-season one for alcohol and one for violence have gotten him cut from the Detroit Lions. As reported in espn.go.com.

Most recently Berry was taken into custody on three charges of simple assault. In one of the incidents a weapon was used.

Berry, who is from Harrisburg, Pennsylvania also arrested in June for DUI, failure to stop and render aid from an accident and other counts.

Obviously Berry did not take his first run-in with the law too seriously. He was set to enter a diversionary program following the June arrest.

The Lions have a short leash for players with off-season and off-field incidents.

Besides Berry's previous arrest, second-year players Nick Fairley and Mikel Leshoure have each been arrested twice since the season ended. Offensive tackle Johnny Culbreath also had a marijuana-related run-in with police this offseason and monticellolive.com reported Friday that defensive tackle Corey Williams faces a DWI charge stemming from an arrest on June 18, 2011.

Berry would have been playing his third NFL season. He started three games last season for the Lions and one the previous season.

Perhaps with a good twelve hour alcohol awareness class and some anger management counseling Berry can recover and try to resurrect his career. I wish him the best in his comeback effort.