DUI Prevention Too Late for Cop who Killed Someone Driving Drunk 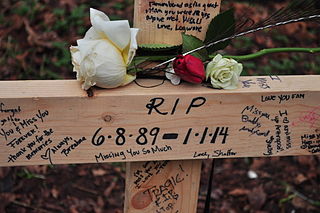 Could taking a simple 8-hour online alcohol class have saved a couple of lives and not completely ruined the life and career of a police officer? Unfortunately we will never know the answer to that question.

A former North Chicago police officer was sentenced to 10 years in prison for causing a fatal crash while driving drunk the wrong way. As reported in www.chicagotribune.com.

To his credit Terrell Garrett pleaded guilty to three counts of aggravated DUI and the judge imposed the 10-year prison term as a part of a plea deal between defense lawyers and prosecutors.

Two friends, Joaquin Garcia, 25, and Fabian Torres, 27, were killed in the crash.

Garrett was driving his SUV north in the southbound lanes by Belmont Harbor when he slammed into a Jeep containing Torres and Garcia as well as a car driven by Eve Yeaton, fracturing her wrist in three places and leaving her with a concussion and chronic pain in her shoulders, back and legs. Garrett shattered his hip and fractured a leg.

Prosecutors charged Garrett with six counts of aggravated DUI and two counts of reckless homicide, saying he had a blood-alcohol content of 0.184.

The consequences are almost never considered.

Eve Yeaton, who was in a third car driving to work and was badly injured, struggled to the front of the courtroom. She said she continues to suffer from post-traumatic stress disorder, but she forgave Garrett, who wept as he listened from the defense table.

When it came his turn to talk, Garrett hesitated for a long time as he appeared to be trying to keep his composure. He said if he could he would trade places with Garcia and Torres.

Again, if he had to do it over again he never would have gotten behind the wheel. Would an alcohol class have kept him from making that fatal mistake? Again, we will never know.