Don’t Worry About Price of Alcohol 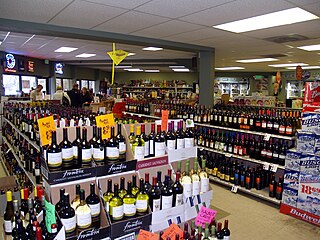 If you are a regular reader of my blogs, you know that I firmly believe that the price of alcohol has little effect on the drinking habits of alcoholics. A recent Canadian study seems to show otherwise.

What do you think? Judge your own drinking habits and ask yourself if a price increase of 10% would keep you from drinking alcohol. If you do not have a drinking or drug problem, think about someone you know who does. Do you think they would curb their use, or cease using all together if the price increased 10%? As reported in www.reuters.com.

The Canadian study found that increasing the minimum price of alcohol by 10 percent can lead to immediate and significant drops in drink-related deaths and may also have long-term beneficial health effects.

Canadian researchers found that deaths caused by alcohol between 2002 and 2009 in the western province of British Columbia dropped when the minimum alcohol price was increased, while alcohol-related deaths rose when more private alcohol stores were opened.

For those of you wondering, despite all the legislation in the United States, our government does not currently set a minimum alcohol price.

The major finding of this study was that increased minimum alcohol prices were associated with immediate, substantial and significant reductions in wholly alcohol attributable deaths, with a 10 price rise followed by a 32 percent death rate drop.

I am not sure I buy that. As a counselor for both in-class and online alcohol classes, and as a recovering alcoholic and drug addict myself, users will use. If the drug of choice becomes too expensive, users will not quit, but will find a less expensive alternative. We are seeing that very effect now with respect to prescription medications. As they are harder to find and more expensive, users are switching to the cheaper and easily-found alternative – heroin!