Could Trick or Treater Have Been Saved by Alcohol Class? 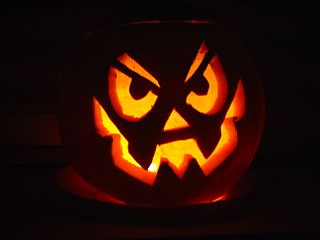 As a counselor for both in-class and online alcohol classes at onlinealcoholclass.com I know first-hand the value alcohol education classes have on preventing driving under the influence (DUI) violations.

As a kid I knew my mother always worried I would get hit by a car while trick or treating on Halloween. As a parent I share this fear. Tragically, that is exactly what happened. As reported in lasvegas.cbslocal.com.

This incident happened back in 2011 when Justin Caramanica struck and killed a 12-year-old girl on Halloween night while driving under the influence of drugs and alcohol. For his crime he received the maximum sentence – 20 years behind bars.

The 41-year-old Caramanica is eligible for parole after eight years, but his crime has affected the lives of many people who never will be the same again.

Faith Love was trick-or-treating on Halloween night of 2011 when she was struck by Caramanica’s car on a residential street in Las Vegas.

Caramanica was under the legal limit for DUI of alcohol intoxication, but he also had marijuana and two kinds of prescription pain killers in his system.

Caramanica did not seem to learn from the tragic experience of killing a 12-year-old child. His bail was revoked after he hit a parked car in September while on prescription pain medication, even as he awaited sentencing in Faith Love’s death. Not only did he violate a court order not to drive, but did so whacked on prescription medication and with his own child in the car.

Hopefully while in jail he will come to see the light and never get behind the wheel after taking any medication or drinking alcohol. Hopefully he will lead a sober life free of alcohol and marijuana.