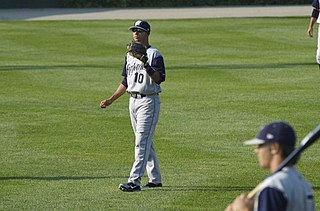 I am all for giving a person a second chance. Everyone can make a major mistake once. Hopefully it does not cost someone their life.

As a baseball fan I have watched the career of Matt Bush closely. He has stumbled not once but many times along his life. The #1 overall pick he may be out of chances.

Only a few months ago Texas Rangers all-star Josh Hamilton addressed his own relapse with alcohol. Bush, whose self-destructive behavior fueled by alcoholism, anger and failure to produce nearly had pushed him out of baseball. Hopefully he will look to Hamilton for guidance as he tries yet again to rebound from his addiction issues.

Bush said he prays to God to help him stay sober, but also said Hamilton's plight reminded him to turn to those around him for help when he felt tempted to drink. This according to Yahoo Sports.

After being sober for some time his addictions again came back to bite him in April when he was arrested for DUI and leaving the scene of an accident. Bush was driving an SUV that allegedly struck a motorcycle driven by a 72-year-old man. Bush reportedly fled the site of the crash that left Anthony Tufano in serious condition. Bush's blood alcohol level was measured at .180, more than twice the legal limit.

Bush admits that he has been drinking since he was about 10 years old. He was arrested for his first alcohol-related offense less than a month after being selected by the San Diego Padres.

The Tampa Bay Rays picked him up in 2010 hoping he could turn a mid-90s fastball and big curve into the arsenal of an effective major league reliever.

After his most recent arrest Rays management said Bush would never again play for their organization.

Will he get another shot? Will he be yet another talented athlete to waste his career on drugs and alcohol? I hope he gets a good alcohol class with therapeutic counseling and support.