Another Detroit Lion in Need of an Online DUI Awareness Program 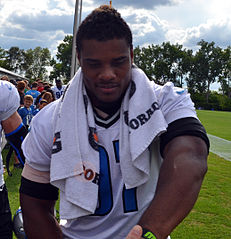 The number of current and former players for the National Football League’s Detroit Lions is in trouble for driving under the influence. This time it was “The Hammer,” Ronnell Lewis, who got hammered and rove in a drunken state. There were seven arrests of current Detroit Lions athletes from 2001-2011. There have been seven just since January.

Lewis’ former teammate Aaron Berry's run-in with the police marked the sixth time a Detroit Lions player has been arrested this off-season for a crime. Somewhat unbelievably, the Detroit Lions currently account for 24% of total NFL athlete arrests in 2012. As reported in detroit.cbslocal.com.

Defensive tackle Nick Fairley, the #11 pick of the 2011 NFL draft, was arrested two separate times this spring in Mobile, Ala. In April, he was charged with marijuana possession; By May, he was arrested again and charged with a DUI and one count of eluding the police (at 100 mph in his Cadillac Escalade). Running back Mikel Leshoure also racked up two separate arrests in less than a month, both for possession of marijuana, in southwest Michigan. And offensive tackle Johnny Culbreath paid a $412 fine after his arrest for marijuana possession in South Carolina in January.

So, what happens when “The Hammer” allegedly gets hammered? He ends up with his second run-in with the men and women in blue in four months.

Lewis who was released by the team last week — is in hot water for a drunken driving incident that happened in Oklahoma last week. He was arrested after police spotted his vehicle cross the line. In the front seat was a six-pack of beer. One beer was missing.

The NFL has a good alcohol and substance abuse program. It has a great safe driver program that offers free rides for its players. Its players make loads of money. Why do they continually drink and drive?